Neonatal diabetes is a condition caused by genetic mutations

John Howler*
Department of Reproduction and Perinatal Centre, The University of Sydney, Australia

Neonatal diabetes (NDM) is a disease that affects an infant and the infant’s body’s ability to produce or use insulin. NDM is a monogenic (controlled by a single gene) form of diabetes that occurs within the first 6 months of life. Young children do not produce enough insulin, which increases the accumulation of glucose. It is a rare disease that affects only 1 he in 100,000 to 500,000 people.

Neonatal diabetes is divided into three subtypes: permanent, transient, and symptomatic. Each has different genetic causes and symptoms. Neonatal diabetes is a genetic condition caused by genetic mutations, either naturally acquired or inherited from parents. At least 30 different genetic mutations can lead to neonatal diabetes. The development and treatment of neonatal diabetes depends on the specific genetic cause. Known genetic alterations have been associated with inhibition of pancreatic or beta-cell development, accelerated beta-cell death due to autoimmunity or endoplasmic reticulum stress, inhibition of glucose recognition or insulin secretion by beta-cells, or the 6q24 region chromosome 6. Most long-term neonatal diabetes is caused by alterations in the ATP-sensitive potassium channel KATP. Disease-associated variants in KCNJ11 and ABCC8, one of the subunits of KATP, cause channels to ‘stay open’ and prevent β-cells from secreting insulin in response to hyperglycemia.

Outcomes in infants or adults with NDM are different in carriers of the disease. Some affected babies have PNDM, some have relapsed diabetes, and some experience permanent remission. Diabetes can recur during the patient’s childhood or adulthood. It is estimated that approximately 50% of new-born diabetics will develop TNDM in her. Neonatal prognosis is determined by disease severity (dehydration and acidosis). Associated abnormalities (such as irregular uterine growth and an enlarged tongue) can affect a person’s prognosis. It can be confirmed by genetic analysis to find the genetic cause of the disease. With proper treatment, the prognosis for general health and normal brain development is usually good. People with NDM are strongly advised to check their prognosis with their doctor. 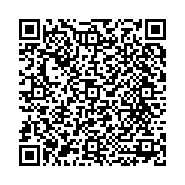